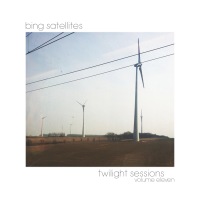 Well, it is finally here. Nearly ten months after volume 10, comes the eleventh volume on the Twilight Sessions series.

Recorded during April and May 2013, the album is a collection of quiet, improvised ambient songs performed on guitar (a fair bit of ebow too), piano and my usual selection of synths.

The music is played into a long, slowly decaying loop.

These loops are quite long (often around 90 seconds or more) and with very little rhythm to speak of, it is difficult to know precisely where I am in the loop, so I can add notes and sounds where I see fit, but can never know exactly what I am adding these notes to. Therefore, it must be said that although I am the one making these sounds and creating this music, much of it is down to serendipity.